i can tell you loosing your life's partner is a staggering event.

i wouldn't wish it on anyone.

Getting through the holidaze, and it can still be sharp as a razor.

OCTOBER '19......5 years has passed, things have changed and not necessarily for the better.

I find myself in the staring roll of a movie i had a supporting roll in the 1st time around, 5 years ago almost to the day.

“There is nothing more exhilarating than to be shot at with no result.”
― Winston Churchill

been offline for much of October.  Fighting Colon Cancer, in a fog. Like a bolt out of the blue it came.
Two operations later and they got it. 6 weeks bedrest to try and regain some strength, and i start chemo.

National Geographics January '20 edition, has an article  entitled, "Scientists are Unraveling the Mysteries of Pain."

" It’s not uncommon for cancer patients experiencing severe, unrelenting pain after chemotherapy to opt out of treatment in favor of the ultimate salve of dying."

One evil unleashed to fight another evil, with the human as collateral damage.........

Living for spring, when chemo ends, and the big question can be answered, am i clear?

My final infusion was 14FEB20, dealing with the fallout now. The Oxy seems to be the worst  of causing a reaction.

MARCH '20.....completed CHEMO. My onchologist told me i was lucky to be in excellent health when this all started, and that i was in the process of CHEMO when the COVID shutdown hit. There will be many cancer deaths due to late diagnosys and not enough resources available.

OF ALL THE TITLES, DECORATIONS, POSITIONS,AND LABELS, THIS ONE WILLBE THE MOST POIGNIENT.......

There's no way i could possibly thank my new girlfriend, Linda, enough for her help. I'd have ended up in custodial care or assisted living without her tireless efforts..... And my son Tony for being there when i needed him, getting the house ready so i could get around while i was limited to a walker.  Him bringing my grandchildren by to perk up my spirits.

Look for military history, wargaming, networking/computer stuff, GM racing, as i get rolling.
I hope to see you again. As time allows i will add content.

(This site loads best with Chrome or Firefox, not-so-much with IE)

I am on LinkedIn.com Togetherweserved.com and Military.com

It doesn't cost any extra to be polite.

I SUPPORT VETERANS FOR CHANGE

Please prey for Jim Davis, who runs veterans for change, who is undergoing his own fight for life against cancer. 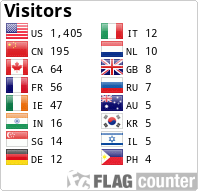 ONSET SUNSET 6NOV19 My 1st day out of hospital

MEMORIAL DAY , it's more than just a cookout.

if you have served, and you have not seen this movie, you need to.

if you have not served, and wondered, what is Memorial Day for, this is why.

Most of us who return come back with a heavy dose of survivor’s guilt. As I got older, I realized I was not so much afraid of dying, as I was of not being remembered. We owe it to those guys who never came back to tell their stories and make sure they are never forgotten.

The Prussians called it 'Schwartgenoss' - Comrades of the sword

Understand the greater meaning of the special connection between warriors which is stronger than steel or family. It’s all about the binding promises and sacred oaths that superceeds everything else in life....and beyond.

One battle buddy of mine said even death doesn't break this bond.

From one veteran to another, your sacrifices and service are appreciated, welcome home.

If you have not served,  Listen to their stories and let them introduce you to the ghosts that haunt them and the memories of those friends they left behind. Maybe then you’ll come to understand.

its out on DVD, the book is relatively short.

Tony got me the DVD set a couple years ago, my father & i sat & watched together, he'd lived the life too.

Having been banned in Germany for being anti-German, burned by the Nazi's for being pacifist, and banned in other countries for being pro-German, setting off a storm of controversy, Erich Maria Remarque's masterpiece, All Quiet on the Western Front, survived to become the most famous novel of World War I. One in every four German males aged 17 through 55 perished. Remarque gave voice to a generation that was destroyed by the war, even the ones that might have escaped its shells and bullets.

"These voices, these quiet words, these footsteps in the trench behind me at a bound from the terrible loneliness and fear of death by which i have almost been destroyed. They are more to me than life, these voices, they are more than motherliness and more than fear, they are the strongest, most comforting thing there is anywhere, they are the voices of my comrades...I am no longer a shuddering speck of existence, alone in the darkness; - I belong to them and they to me; we all share the same fear and the same life, we are nearer than lovers, in a simpler, a harder way; I could bury my face in them, in these voices, these words that have saved me and will stand by me....It is a great brotherhood, which adds something of the good-fellowship of the folk-song, of the feeling of solidarity of convicts, and of the desperate loyalty to one another of men condemned to death, to a condition of life arising out of the midst of danger, out of the tension and forlornness of death."

--All Quiet on the Western Front

Says something of the comrades of the sword......Schwartgenoss.

If you don't understand it, you weren't there.

If you were, then you do.

We who are home, now, we have Veterans Day.

Memorial Day, is for those gentle heroes who didn't make it home.

They remain forever young in our memories.

They gave up all of their tomorrows for us.

"If you are able, save for them a place inside of you and save one backward glance when you are leaving for the places they can no longer go.

Be not ashamed to say you loved them, though you may or may not have always. Take what they have taught you with their dying and keep it with your own.

And in that time when men decide and feel safe to call the war insane, take one moment to embrace those gentle heroes you left behind."

Major "O-D" did not come home.

"We few, we happy few, we band of brothers;

For he to-day that sheds his blood with me

Shall be my brother; be he ne'er so vile,

This day shall gentle his condition:

And gentlemen in England now a-bed

Shall think themselves accursed they were not here, And hold their manhoods cheap whiles any speaks that fought with us upon Saint Crispin's day."

6600 English Bowman, Sergeants-at-arms, and Knights, the remnants of a far larger army, decimated by years of campaigning, faced 30,000+ French Knights and footsoldiers at a place called Agincourt, where they all fully expected to die.....

Thank You for your service

We died for the citizens of our country; we died for our women and children."

--Leonidas, King of the Spartans

"What was constant was the danger all around, and the bonds that tied the young GI to a few comrades close around him. His life was in their hands. Nothing else mattered, no one else mattered. All differences- of race, class, religion, region, education- were simply set aside or ignored. The odds against survival in combat were too great to permit artificial differences to get in the way."

Won her battle with cancer.

Rest in peace my darling.

Till we meet again.

She was the best thing to ever happen to me.

Jean made home the sweetest spot on earth.

SUCK IT UP PRINCESS!

A favorite of Jean's. Sunrise over Onset.

Why Life is still worth living

My Dad, broke four ribs getting dressed for my wife's funeral. It was a horrendous slog of 18 months before he finally passed. He had been in remarkably good health up to then.

Much of who and what i am i owe to him and who he was. 1st Sergeant, Aeronautical Engineer, refugee, analytical thinker.

A MISSPENT YOUTH
bits of wisdom,   learned the hard way

Comparable to our EIB

My nephew Robbie, with his newly awarded Schutzenschnurr, back in November '14. My father was thrilled, 'four generations we have on this!'

My Schutzenschnurr, from the cold war era.

Any day you can walk away from is a good day.

All i got left, 'cept for the kids.

There's a line to pee on my grave.

FOR SOME, THE BATTLE NEVER ENDS. THIS IS A NATIONAL SHAME.

Mikayla & Bridgit way back when they were my little princesses

At Thanksgiving several years ago

The next generation at the Cape Cod Pirates Museum

MORE REMNANTS OF A MISSPENT YOUTH

Association of the 10th Mountain Div

Association of the 101st Airborne Div